The Beautiful
Harvey Martin was born November 16, 1950 in Dallas, Texas. He graduated from South Oak Cliff High School in 1969 and continued his education at East Texas State University (Now Texas A&M Commerce). There he proved to be an All-American. Harvey was Defensive Lineman (DL) captain and made first team on the 1972 All-America, All-Texas, and All-Lone Star Conference Teams. He also possesses a spot on the Loan Star Conference Team of the 70’s and in the Lions Athletic Hall of Fame. At the end of his college career he had accomplished a lot but he would soon prove that he could do even more.

The Dallas Cowboys drafted Harvey into the NFL in 1973. He was ecstatic about the choice because it meant that he would be playing at home in front of all of his family and friends. It was his turn to exhibit himself in the NFL as an All-Star, where he would earn the nick names, “The Beautiful” for his smile and the Beautiful Harvey Martin radio show on KRLD, and “Too Mean” for the way he played on the field. He had an 11-year career with the Dallas Cowboys that was highlighted by being MVP of the 1978 Super Bowl. Dallas coach, Tom Landry, called him the team’s best pass-rushing defensive end ever. Tex Schramm once said “He’ll be remembered as one of the great Cowboys of the golden years,” “He was a great player, one of the first in the group of the first great pass rushers.” Before retiring in 1984 he accomplished more than anyone could have ever anticipated. Harvey played in four Pro Bowls, was a part of the famed ‘Doomsday Defense’ and set team records with 114 career sacks including 20 in the 1977 season alone. He led the Cowboys in sacks several times.

After retiring from the Dallas Cowboys, Harvey’s career took the direction of a sports announcer with KXAS TV CHANNEL 5 and KKDA radio station. He also appeared in a number of movies and stage shows including Amazing Grace and Chuck, No Safe Haven and other local stage productions, Damn Yankees and The Odd Couple. Harvey experienced hard times that he prospered through to become a successful businessman. He became a motivational speaker for the youth and those in need. He fought a battle with pancreatic cancer before his passing on December 24, 2001. His legend of being an accomplished, commendable, compassionate, and humble man will live on forever in the hearts of many. 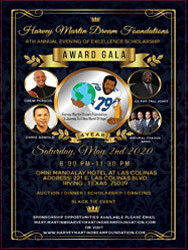 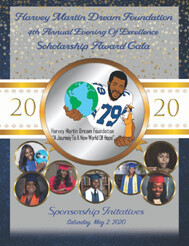